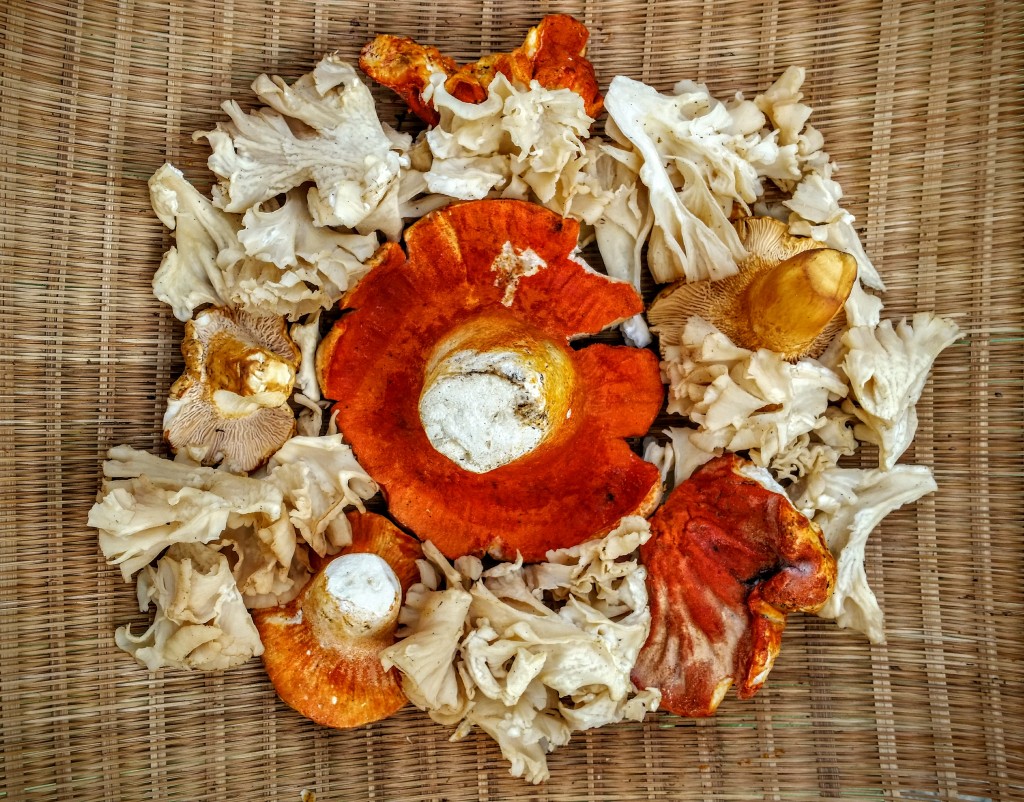 2018SEP16: The preceding weeks brought some rain to the western mountains, a good sign to the savvy mushroomer.

Vine maple leaves were beginning to turn; reds and yellows. Sometimes the clash of colors appeared like a still life wildfire burning up the hillsides.

Manic weather dumped a few solid sheets of rain before ebbing into a mixed nebula of moisture. A benevolent window opened up later in the day, seemingly rewarding all those who rode it out.

My first finds were some soggy lobster mushrooms; not impressive, but at least I knew they were out there.

This was a repeating phrase I heard in my head as I started the hike to another area I knew to be productive in the past.

When I got there I immediately ran into more soggy lobsters poking up out of the duff.

Not far away, at the base of a young Douglas fir, I spotted a large cauliflower mushroom. The outer lobes seemed clean and free of infestation.

Harvesting only the choicest parts of the big mushroom, I thought it best to leave much of the fungal mass remaining to do it’s thing.

After that it seemed my luck took a little upturn and I scared up a few lobsters in prime shape. I also discovered a pair of chantrelles; one yellow and one white.

No big wildlife sightings, but the ruffed grouse were abundant.